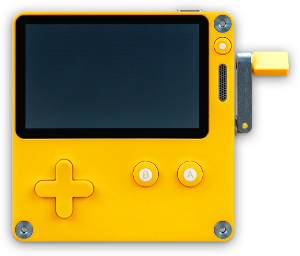 It’s been just over a week since Panic’s Playdate was announced, and we’ve learned some more about crankified console since the teaser, so we’re rounding up what we know so far here.

We’ve seen the first gameplay footage of the Playdate, featuring Crankin’s Time Travel Adventure. The Playdate is Keita Takahashi’s own DVT1 prototype 1 and was recorded and posted on YouTube by Kohichi Aoki.

The live demo of Crankin’s Time Travel Adventure mostly matches the content we’ve already seen on the play.date teaser page. The demo features three dates, where Crankin rushes to his date with Crankette—but we see a player actually cranking the Playdate for the first time.

The attentive @MstrBlinky on twitter sleuthed and found that Playdate is using an STM32 (ARM Cortex-M7) microcontroller—precisely the STM32F7, as revealed by Panic engineer Dave Hayden. The Playdate will run at 180 MHz, running at a lower voltage to allow for better battery life. App Developer @zhuowei pulled an interesting stat based on this reveal: The Playdate has 62x the CPU power of a Game Boy Advance.

Most games will run at 30 FPS, but the Playdate’s OS will display some transitions at higher than the 30 FPS framerate—it’s presently unknown if developers will be able to leverage this too (such as, in the C SDK).

Panic’s Cabel Sasser, Steven Frank, and Greg Maletic joined John Gruber for an episode of The Talk Show. Clocking in just over two hours—because when is The Talk Show podcast ever brief—it’s packed with details about Playdate. Here are some interesting details from the podcast:

We know that Playdate is shipping with its “Season One” of games—twelve games, one each week. In the teaser site, it’s not clear about adding new games to the device outside of what ships with Season One. We now know that users will, at the very least, be able to Sideload games onto the Playdate. There’s no word yet about a Season Two of games, or any sort of Playdate Game Store.

Additional SDK information was also revealed in The Talk Show:

Playdate is undoubtedly shaping up to be revolutionary—we’re more excited than ever. You can follow all of our Playdate coverage here in the Playdate tag. You can also keep with the latest by following us on Twitter, @missingquests.

Playdate is a new handheld gaming system, from Panic. Known for their Mac and iOS software, as well as for publishing Firewatch, this is an entirely new move—one that will hopefully offer exciting experiences for gamers.

The small, delightfully yellow console includes twelve games, released weekly. The games include titles from creators known for innovative games, such as QWOP and Katamari. It looks familiar—vaguely retro, even—but with the processing horsepower of a device made from this century. It has a “super modern,” highly reflective, black-and-white LCD screen. The LCD features no grid lines and will be sharper than Gameboy screens of yore. The hardware is a result of a collaborative partnership with Teenage Engineering, known for audio equipment, such as the iconic OP-1.

Two things, in particular, make Playdate stand out to me:

Seasons. One game comes out each week. The game-a-week for twelve weeks plan is an interesting conceit—you don’t know what’s coming next, but when the new game light flashes, your Playdate has a new experience to offer you.

The crank. It’s a little analog encoder on the side of the device. As Panic quips in their press release, “It’s literally revolutionary.” It represents the unique potential present in this platform—a crank has never been in gaming hardware like this. 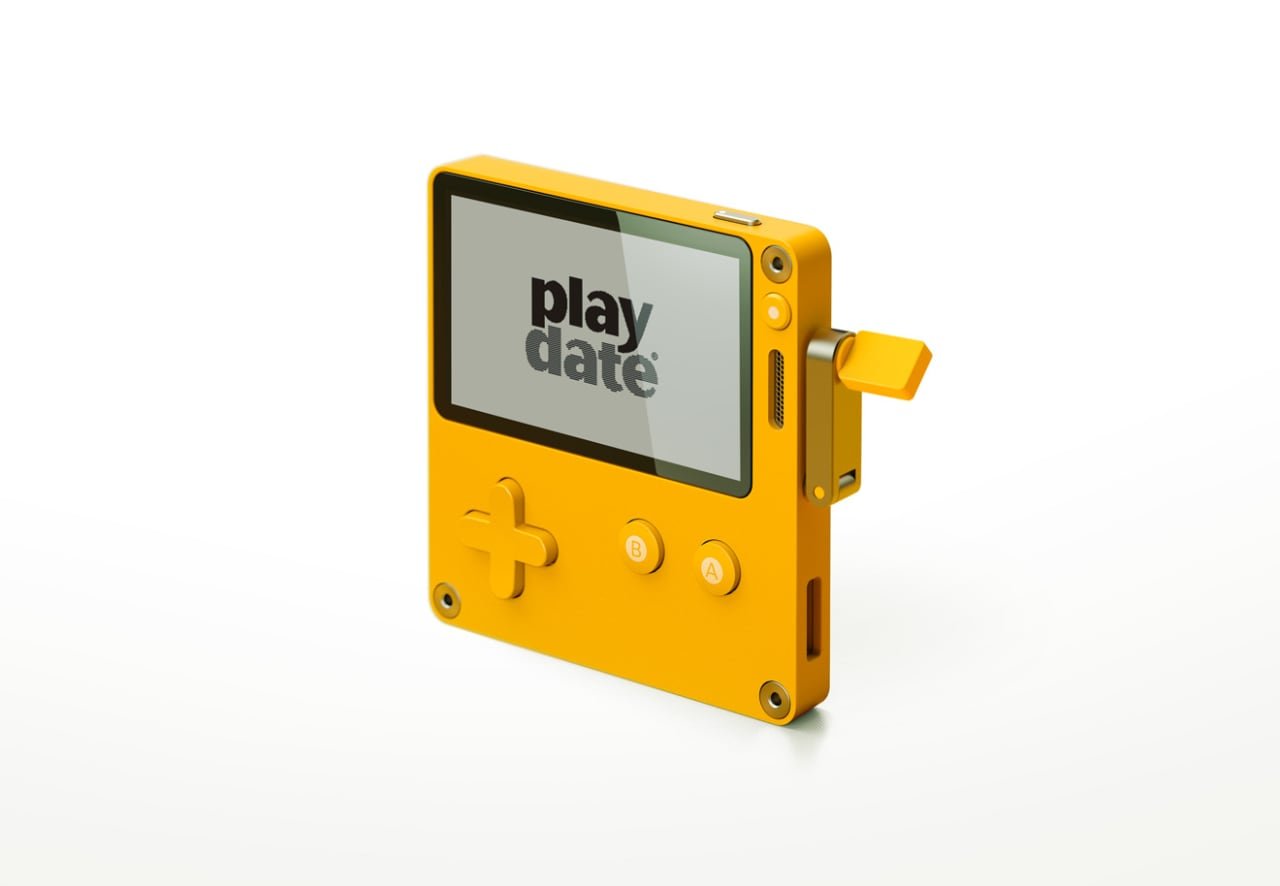 The Playdate is banking on exciting gaming experiences in this encrankened handheld format.

The Playdate website currently features a gameplay video of Crankin’s Time Travel Adventure, which looks to be an adorable puzzle game where you get Crankin’, a robot, to his date with Crankette on time. The trick? You use time travel to avoid obstacles which are unaffected by time travel.

I’ve blown away hours of my life in Bennett Foddy’s QWOP, Takahashi’s Katamari Damacy was a significant highlight of my PS2 days, and Gage’s Pocket-Run Pool sits on the front page of my iPhone. I’ve played games from all of these creators, and I can’t wait to see what they do with this hardware.

For those of you that don’t know, Panic are longtime Mac and iOS developers; I use their apps, Transmit and Coda, to build The Missing Quests. Making software is their heritage, but they’ve suitably evolved into games publishers, and now are moving into games hardware.

In 2016, Panic published Firewatch, a narrative mystery game set in Wyoming. Playing as Henry, a new fire lookout retreating from your past, you develop a friendship with your supervisor, Delilah—via handheld radio—while you go about your job during a hot summer in the Shoshone National Forest. It’s easily one of my favorite narrative games.

Their next title, Untitled Goose Game, will be published later this year. You play as an especially mischievous goose, causing problems for a tiny town—such as stealing a radio, honking a diligently working farmer, and…having a picnic. It looks adorable—I’ve sent the trailer to friends multiple times.

With that experience, the Playdate seems like it’ll be fantastic.

This is gonna be cool, folks.

It may be too soon to say, because it’s not shipping for a bit, but I plan to post about every worthwhile game in Season One as they’re released. You’ll find all my Playdate posts in the Playdate tag here, or you can follow us at @missingquests.

I’m excited. This is going to be great.