This game features music as a gameplay mechanic, or may have an exceptionally good soundtrack.

Sayonara Wild Hearts is a pop album video game developed by Simogo, known for their previous titles Year Walk and Device 6. Featuring a half synth-pop, half EDM soundtrack from Daniel Olsen and Jonathan Eng, Sayonara Wild Hearts is like no rhythm game you’ve ever played. It’s probably fairer to say that this is a playable animated music video.

The musical immersion of this game is outstanding. Each track is a different level of the game, revealing a bit more of the story of our heroine, a masked biker we know as The Fool. There’s driving and flying bits of the game, where you steer to pick up hearts and collect points. There are also quick time events—like striking at enemies with a sword. There’s also teases of shooting and bullet hell mechanics in some levels.

Tapping to and playing along with beat feels good—especially when it gets tricky, like tapping offbeat to emphasize bits of the melody. It’s the best version of tapping your foot to the beat, except you get a score for it.

The album itself is incredibly catchy and stands alone as an excellent album outside of the game. It’s got a dreamy, atmospheric vibe to it that calms you down despite the high-BPM of some tracks. It became the soundtrack I put on while preparing dinner last night, and I’m listening to it while writing this.

This game is astonishingly clever, and each level brings something new to the table. My jaw dropped more than once, completely inverting my expectations for what this game is.

Parallel Universes is a level where you play against the twin-like allies, Stereo Lovers. As the Stereo Lovers snap and clap along to the beat, you’re flipped between two parallel game universes, each one with bits to pick up and obstacles to avoid. The goal is to foresee what’s coming up in your path in both worlds and avoid it. I’ll be honest, I struggled a bit in one segment this track, but there’s no severe penalty for actual failure: the game never sets you back far, and will let you skip a small chunk if a segment is too hard. I stuck through it, and I am glad I did. (And, if you can’t swipe fast enough, turn up the sensitivity in settings.)

You’re chasing scores in each level, with different benchmarks for bronze, silver, and gold. You’re likely not going to get gold in many levels on your first playthrough, and that’s okay. I doubt anyone playing will feel that the music or visuals are repetitive. After you complete the game for the first time, there’s even an Album Arcade game mode that unlocks—you play the entire game/album front to back, and earn a score from that. (Probably a perfect game mode for a long flight.)

The World We Knew

The aesthetic is something else too. It’s punchy and purple in the best way. It leans on bright and minimal thin lines for key artwork, which provides a sharp contrast from the quiet, dark blues and purples of the backgrounds. If you’ve read my previous posts, I might have mentioned “vibrancy” of color a time or two on this website, but holy hell, this game is in your face with its über-colorful aesthetic, and boy, it’s on point at all times.

The game uses tarot lore to tell parts of the story. The heroine is the fool, which is one of the cards in a tarot deck. At times, you’re riding along a level on a tarot card. The tarot base becomes the driving backbone of this dreamy spiritual and really glam vibe of the game.

Oh yeah, Queen Latifah is the narrator for the game too. (Who would have thought?) I didn’t realize it was her voice until I hit the credits the first time, but it’s excellent casting. Her voice brings such poise and confidence to the narration and is the right choice to deliver the narrative through-line of the story.

Sayonara Wild Hearts is published by Annapurna Interactive, which seems to be winning my heart “best publisher” feelings, for the sheer number of indie titles that I love they’ve published in any capacity this year. (Telling Lies, Journey, and Donut County come to mind.)

Sayonara Wild Hearts is available for free with an Apple Arcade subscription. It’s also available for PS4 and Nintendo Switch for $12.99. Each stage only takes a few minutes so that you can play in discrete chunks, but a typical front-to-back playthrough will take just over an hour of your time.

This game is so chill, and I probably would have had this post up a few hours earlier if I didn’t get completely immersed playing it again while taking notes for this post. Let Sayonara Wild Hearts steal your time (and heart) too. 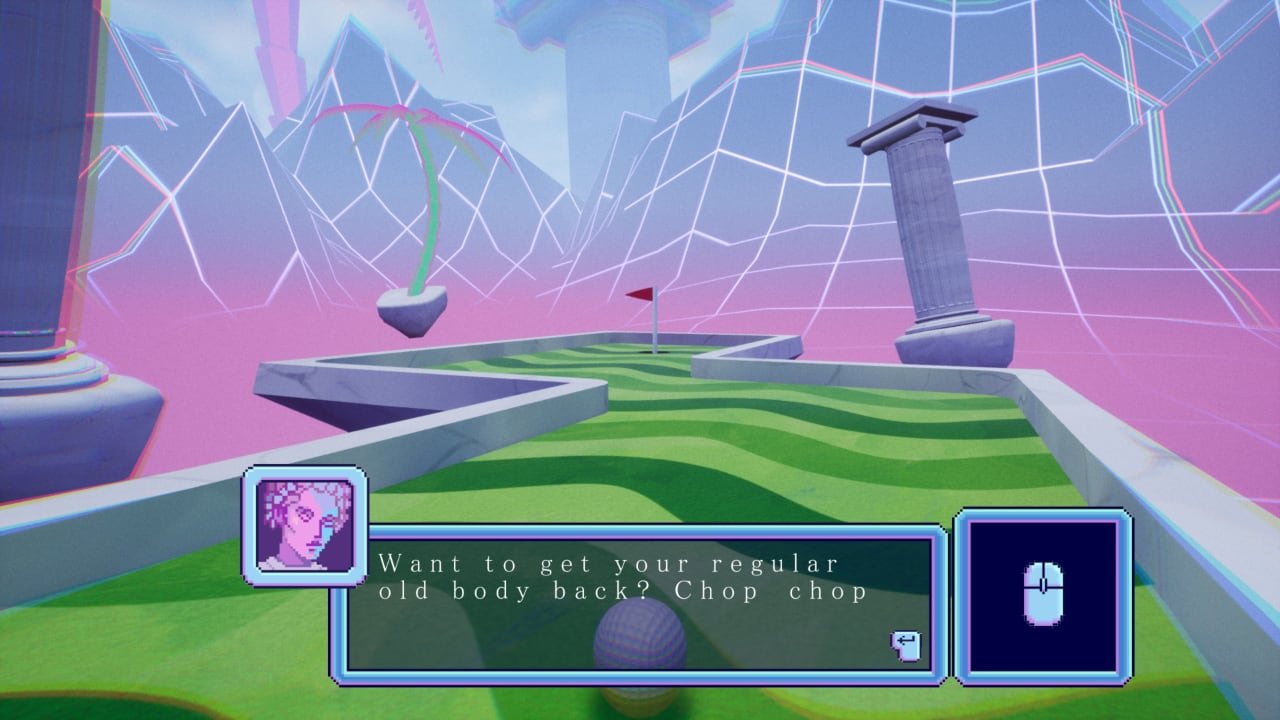 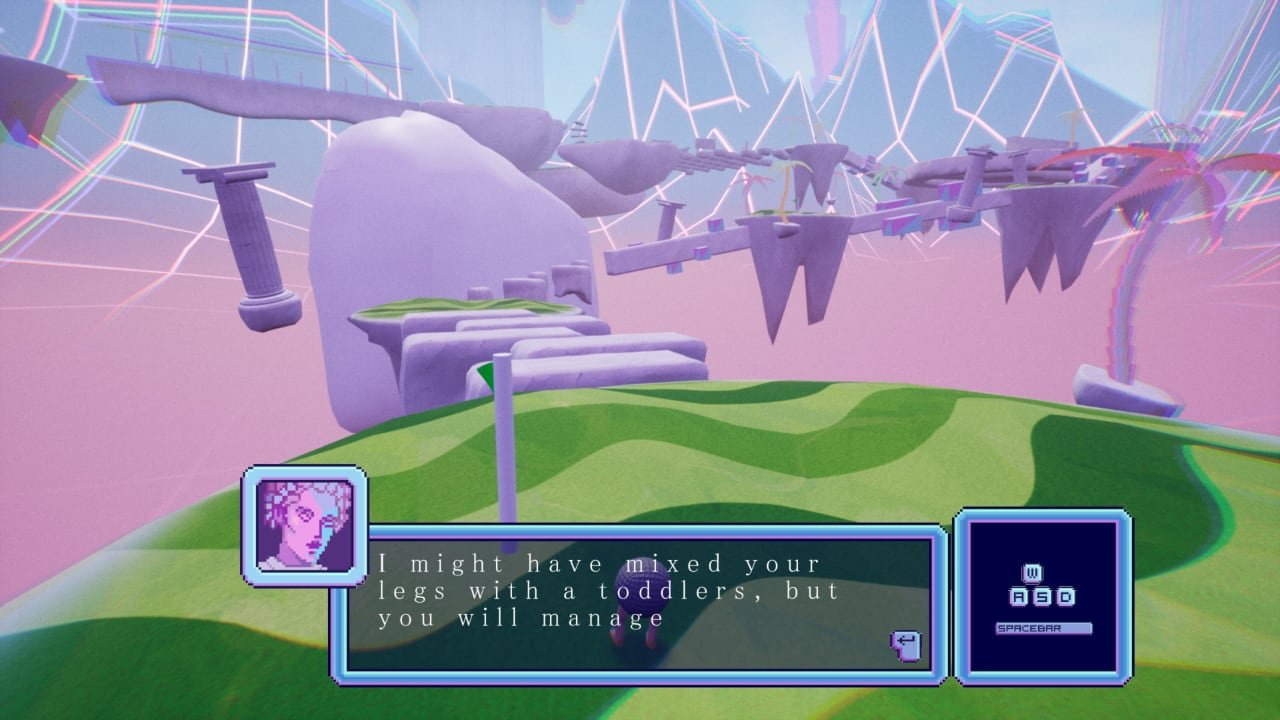 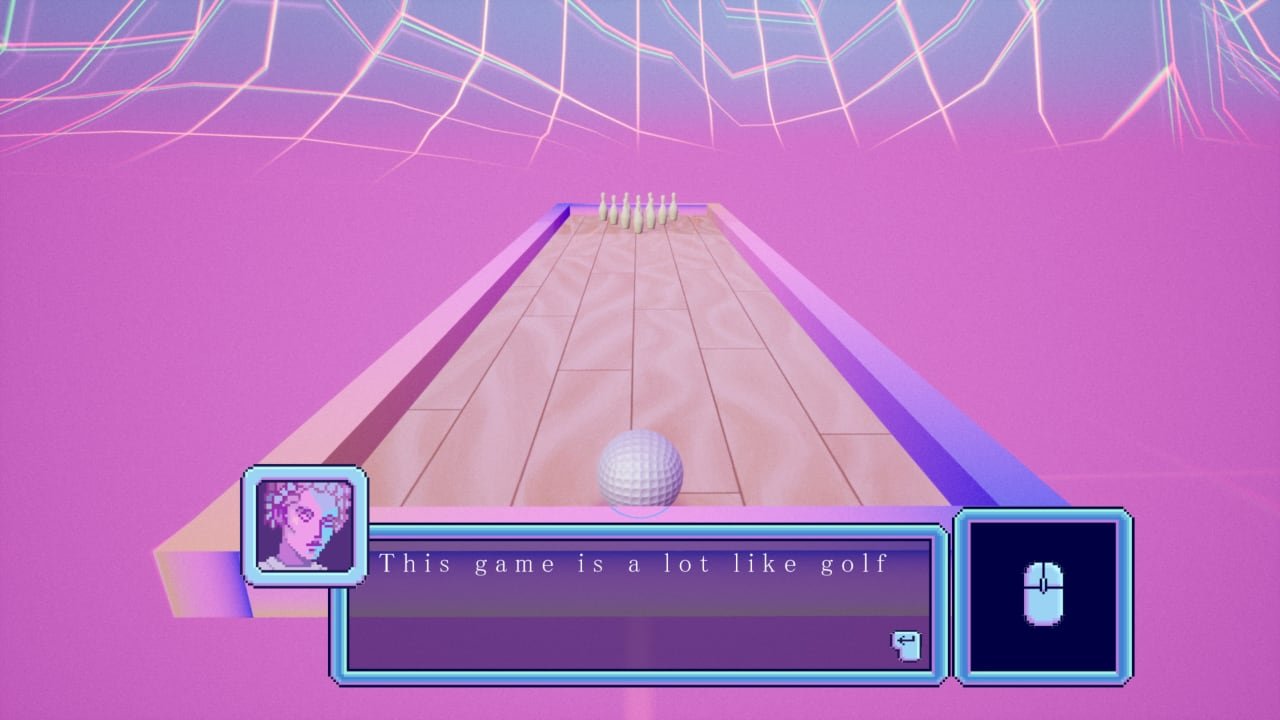 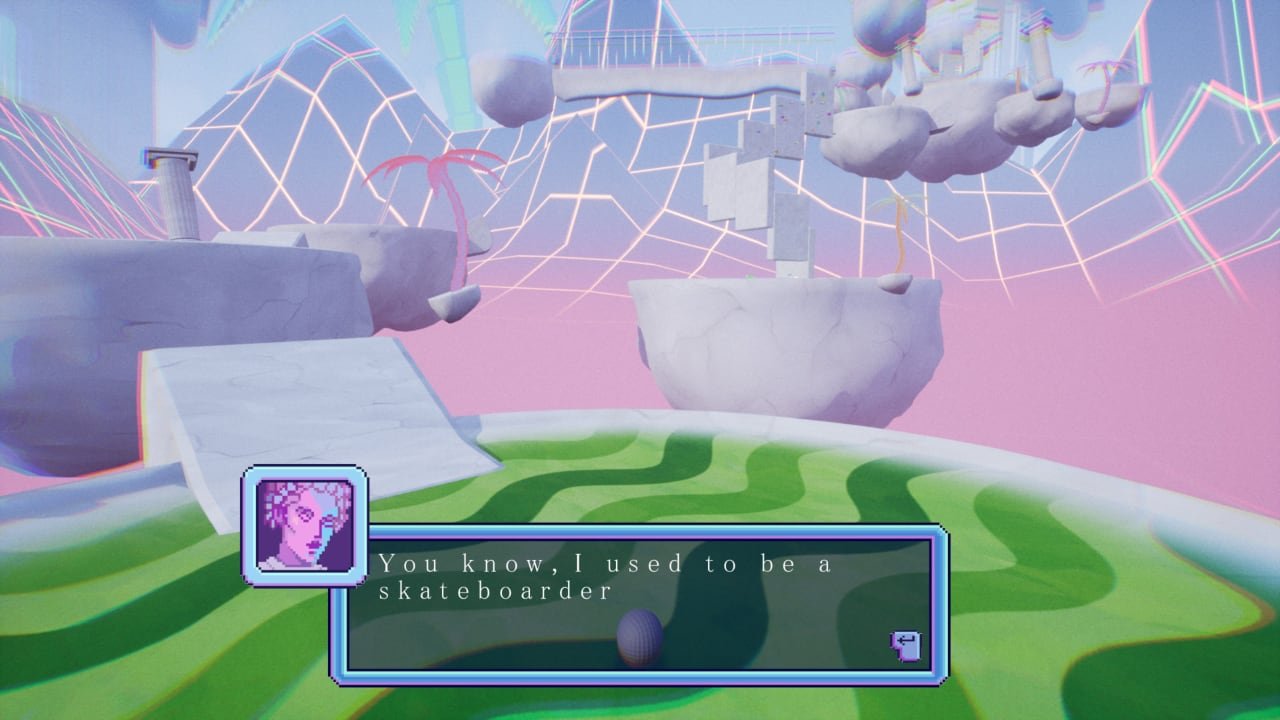