Okay, okay, I know. This isn’t an indie title at all. But bear with me, I’m trying something new.

The Legend of Zelda: Links Awakening for Nintendo Switch is a remake of a classic 90’s era Gameboy title. The remake clings onto the classic gameplay of the original but adopts a retro-modern 2.5D tilt-shift aesthetic.

There’s really a lot to say about how good this game is. There have been ample positive reviews, in both the 90s and 2019. But, that’s to be expected—Nintendo wouldn’t have remade this game for the Switch in 2019 if it wasn’t a good game to start with. 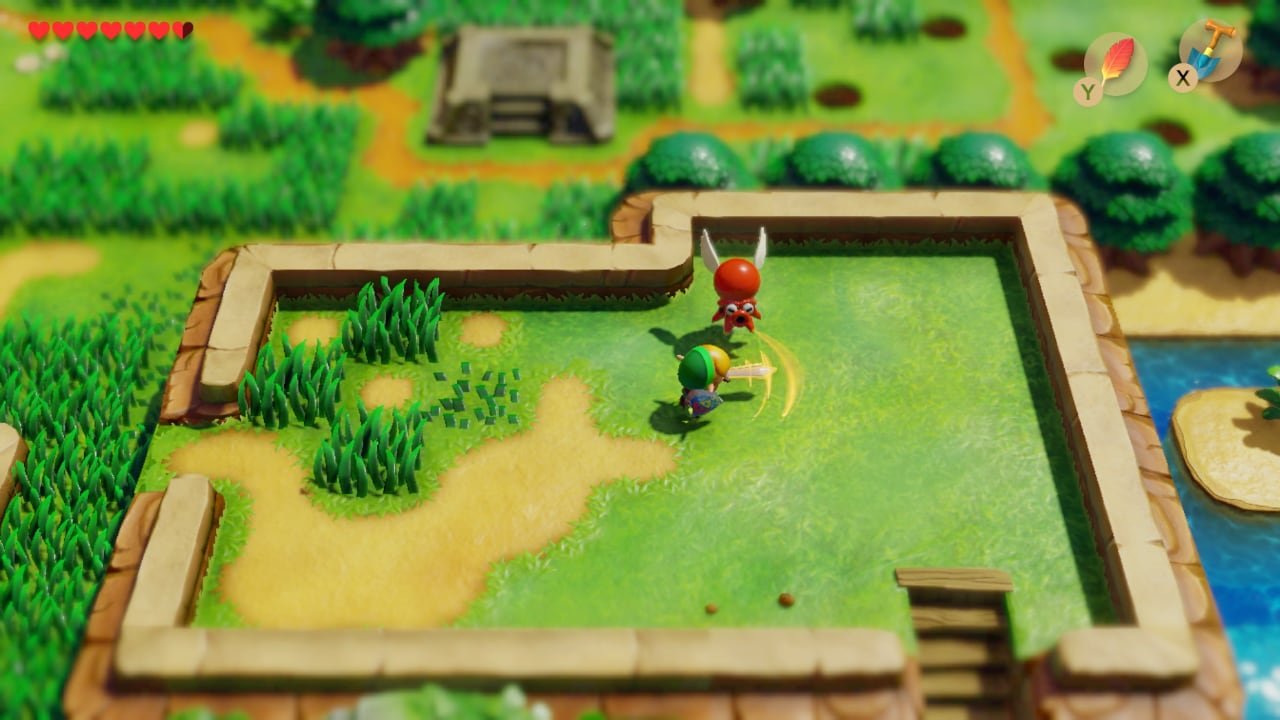 Link’s Awakening is an exciting modern case study for how game design has changed over time, particularly in terms of game mechanics and accessibility. Yeah, I know I overuse the word “mechanics” on this site—and some jokes have been made at my expense for it—but this post is a deep dive on mechanics.

Even with the ground-up redesign and new style, the actual gameplay of Link’s Awakening is relentlessly classic. In the 26 years since this game was first released, game design has vastly evolved. For example, there’s more understanding around the quality of life and player experience, and how exactly that applies to games these days. Every designer knows fetch quests are busywork, and tasks that require blind trial and error are recipes for player frustration—but, that knowledge only comes with time. 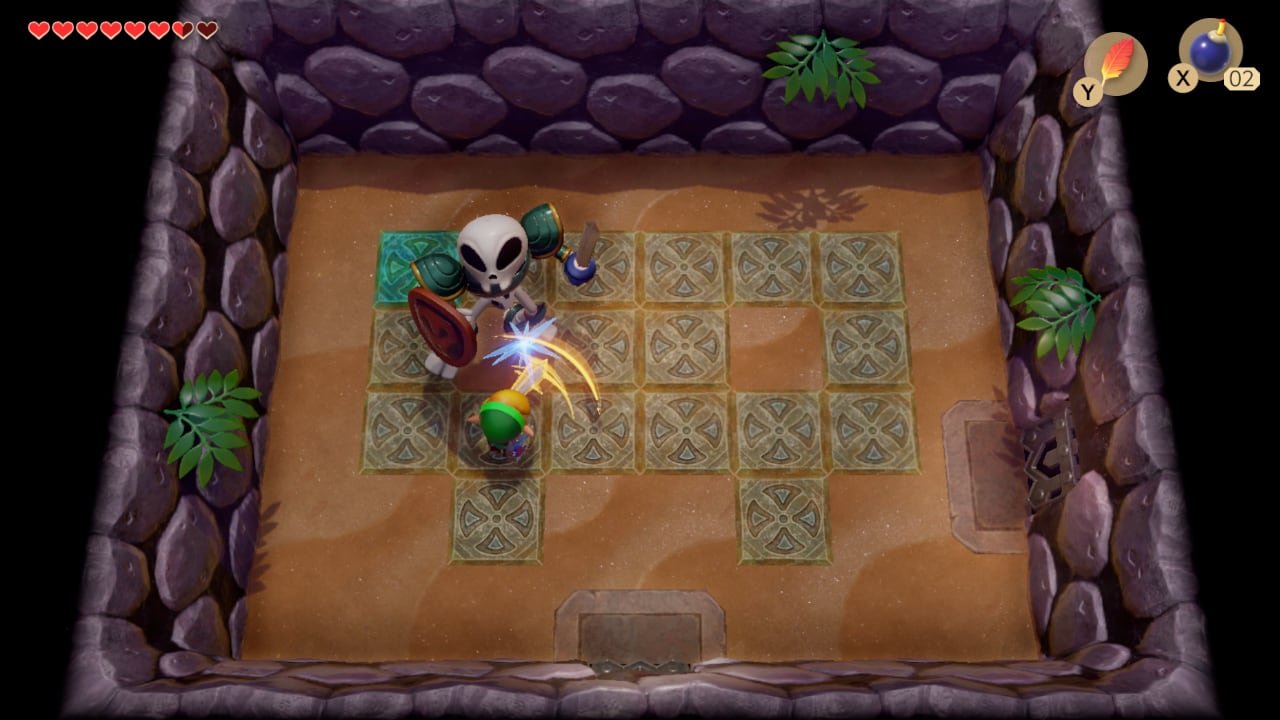 For what it’s worth, Link’s Awakening has an immaculate, linear story, and it’s hard to get lost in the narrative. The plot is primarily driven by the owl character. And if you do get lost, you have the telephone booths where you can speak with Old Man Ulrira.

But the primary challenge is the how—the game isn’t shy about telling you your goal at all, but occasionally extremely teasy about showing you how to get there. In one Old Man Ulrira call I got hung up on (about the Yarna Desert), he gives you a tip and ends the call, saying “Hmmm... How much more obvious do I have to be,”—but figuring out how to get to the desert was one of the hardest tasks in the game for me. The game teasingly expects you to try everything until you eventually figure it out.

In today’s games, there’s usually hints to give you a sense that you’re on the right track. Like brighter lighting when you’re on the right path, or scratches and wear pattern textures around frequently used doors. But, in Link’s Awakening, I found myself trekking across the map several times, fully knowing my ultimate destination but not the slightest clue of how to get there.

And, in that sort of way, the game has a relentless difficulty ramp. It’s far too easy at times, which leads to Polygon’s “perfect Zelda for younger fans” review, but also quite tricky when you’re spinning your wheels searching for more solutions.

The dungeon bosses are also a quality example of how player accessibility has changed. While most bosses in the game are rather quite tame, a few have a Dark Souls’y level of difficulty, with just one way to elicit their weakness and deal damage to them.

I’m usually okay with battles give me a specific window of time to get in a hit, or that force me to switch to an appropriate weapon. It’s rewarding to figure things like that out. However, this game offers no hinting to indicate to you that you’re close to figuring them out.

The game doesn’t discriminate between failure here. If your strategy, weapon, or timing is wrong, you’ll get precisely the same block animation in every case. There are no alternate animations to give you an idea that you’re making any progress—even something like a subtly different deflection, or additional shield noise. There’s also nothing like “anticipation” animations in this game—sorts of subliminal hint that indicate certain times are good to get in an attack.

This made me write off too many strategies that were initially correct because I wasn’t getting the sort of reactive feedback I expected—something to hint that I was close but subtly wrong. This only made my returns to these initially correct strategies frustrating and unsatisfying—I knew I was right, but my execution was just slightly wrong.

Oh, and the difficulty curve varies wildly on you: sometimes the boss in the very next dungeon can be a total breeze, like something wide open that can be taken down with three or four arrows with and a complete disregard for precise timing. 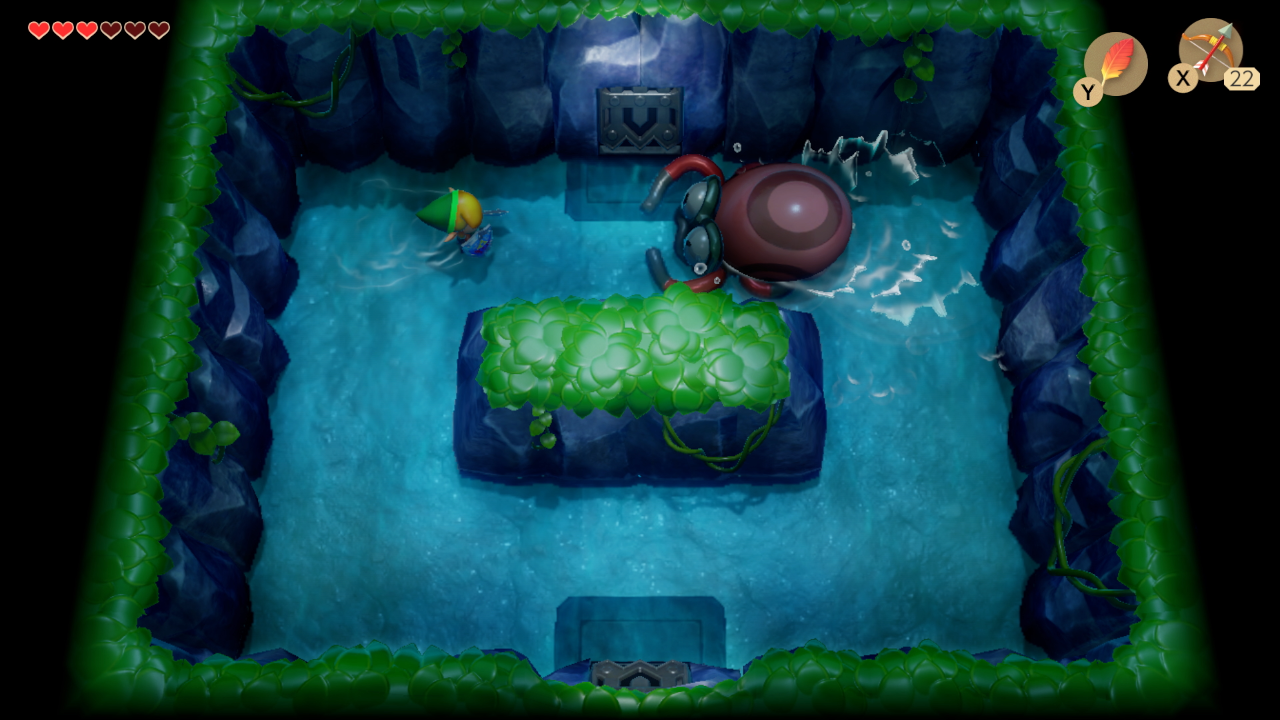 It’s too easy to spoil yourself

This game was built in an era of Nintendo Power magazine subscriptions, Prima strategy guides, and the Nintendo tips hotline sticker on the back of your GameBoy. Now that the internet has superseded these, the nature of information accessibility has changed.

Whenever I hit a brick wall as a kid, I’d usually scour a strategy guide to get an idea of what to do next. And it wasn’t cheating to use these—things like the Prima Strategy guides and Nintendo Power often offered critical worldbuilding and flavor while guiding you on your journey through the game.

Today’s answer, however, is searching the internet. In this world of hashtagcontent and profit engineering, a walkthrough is no longer flipping through a nicely editorialized worldbuilding book for subtle hints on what to do before giving you the right answer. Instead, anything you get is a dry, ordered list that cooly gives you your next immediate action. (This also puts you at risk of spoiling yourself to the next ten or so things you have to do if you scroll too far down the page). 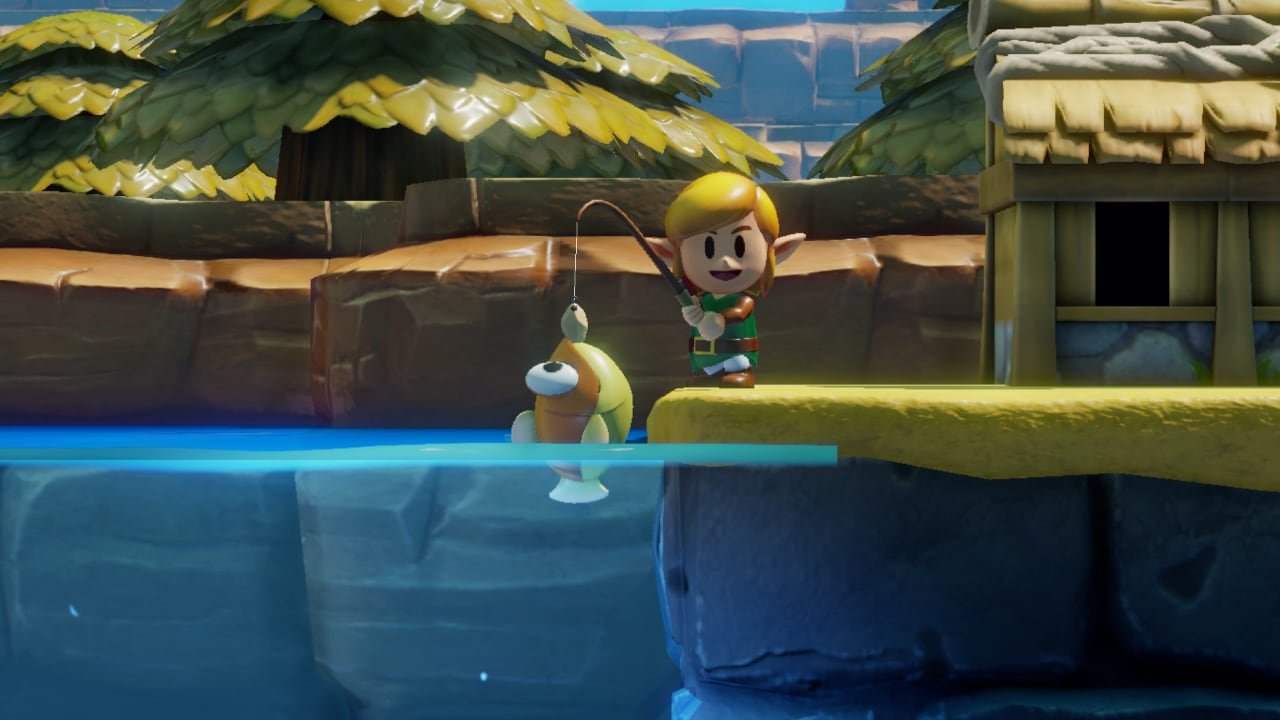 The collective knowledge of how to build games has evolved for the better. This means that more carefully considered gaming experiences do exist these days. (Even though there’s still repressed undercurrents of discussion about the accessibility of difficulty in games.)

A dive into Link’s Awakening shows that games designed these days are far better in handling their difficulty ramp, and giving players enough of a framework of what to do when they’re blocked. That means, we can have games like the Dark Souls series, which are far more difficult than a game like this, because we’ve learned how to teach players how to observe, struggle, and grow through things, like gameplay hinting.

That being said, I massively enjoyed playing this game, and I’m super glad this remake exists. It’s a good dive into nostalgic gaming, and it was interesting examining this game through a bit of a modern lens.

Ocarina of Time remake next, Nintendo?

The Good Time Garden is a surreal environment exploration game by James Carbutt and Will Todd. That says everything yet nothing at all. I have no clue how to describe this game, even though that’s kind of what I do here. The Good Time Garden is one of those surreal things that you have to let happen to you. But, let’s still take a stab at it: You play as a naked flower guy—dick and all—that’s bloomed out of a plant in the ground. Unashamedly b...

A Short Hike is a casual exploration adventure game from adamgyru. I know am by no means the first to be to make this analogy, but A Short Hike is pretty much a one-take Animal Crossing, with a well-woven yet gracefully casual narrative. You’re Claire, a bird that’s stuck on a trip, desperate for cell reception. Distressed by not being able to get an urgent call, your Aunt May tells you that you may be able to get cell reception at the top of ...