I smash a window to alert a bot to my presence—it notices me and plots a path to my location, a dingy storage closet. The only available path I’ve given it is through flames. You see, it’s not exactly a smart bot, it’s just heeding its programming to attempt to neutralize me, the intruder. One pass through the flames isn’t enough to do it in, so I dodge it, give it a few additional thwacks with my wrench, and tease it through the fire again. The scorched bot falls to the ground, its systems permanently damaged.

The game checks off a puzzle objective: neutralize an enemy using fire.

This is High Entropy, a puzzle game by binarynonsense. 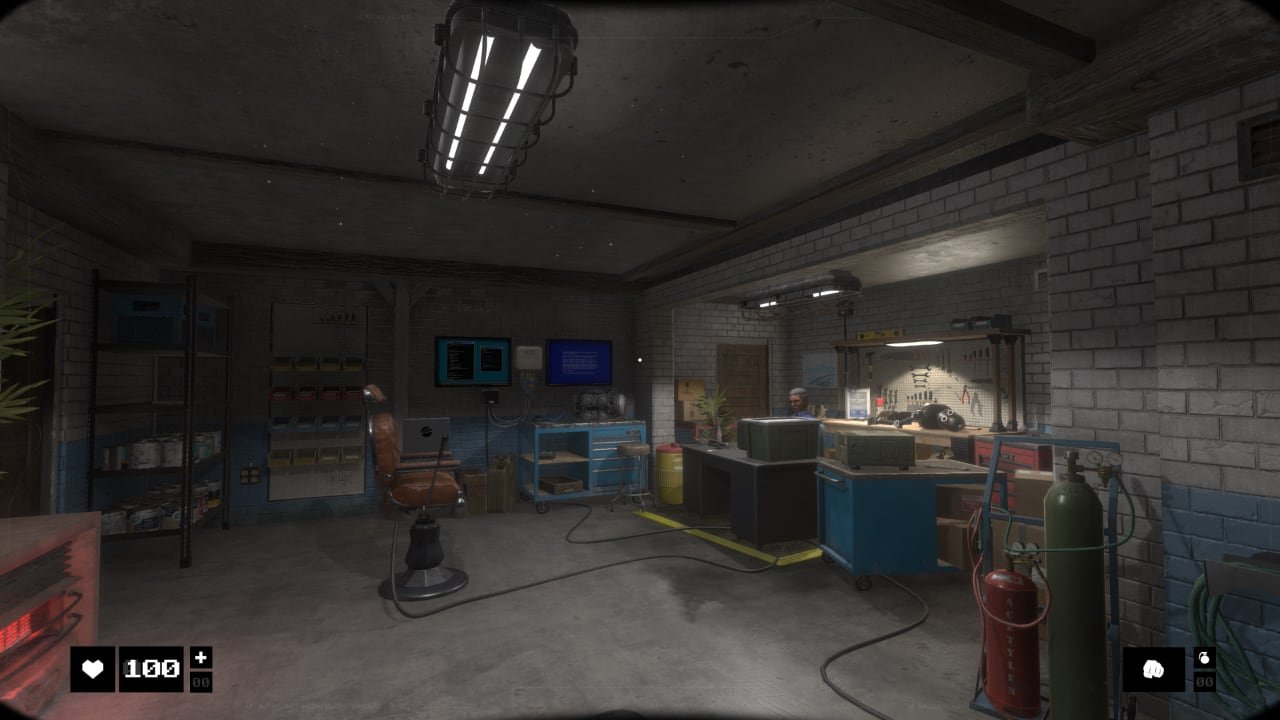 High Entropy takes inspiration from many games, borrowing mechanics but using them in its own way to form a cohesive puzzle system.

The game takes place in a “test chamber” structure, like the seminal puzzle game, Portal. You enter a puzzle from one elevator, complete a list of objectives, and make your way to the elevator at the end of the level. You pick up keycards, master keys, and other similar knickknacks to make progress.

The game’s Fallout-style lockpicking mechanic takes the challenge and advances it another degree. You have to find bobby pins scattered throughout the level, and as a consumable resource, you only get a few attempts to access doors for different paths or items—occasionally forcing a restart if you want to 100% the level. 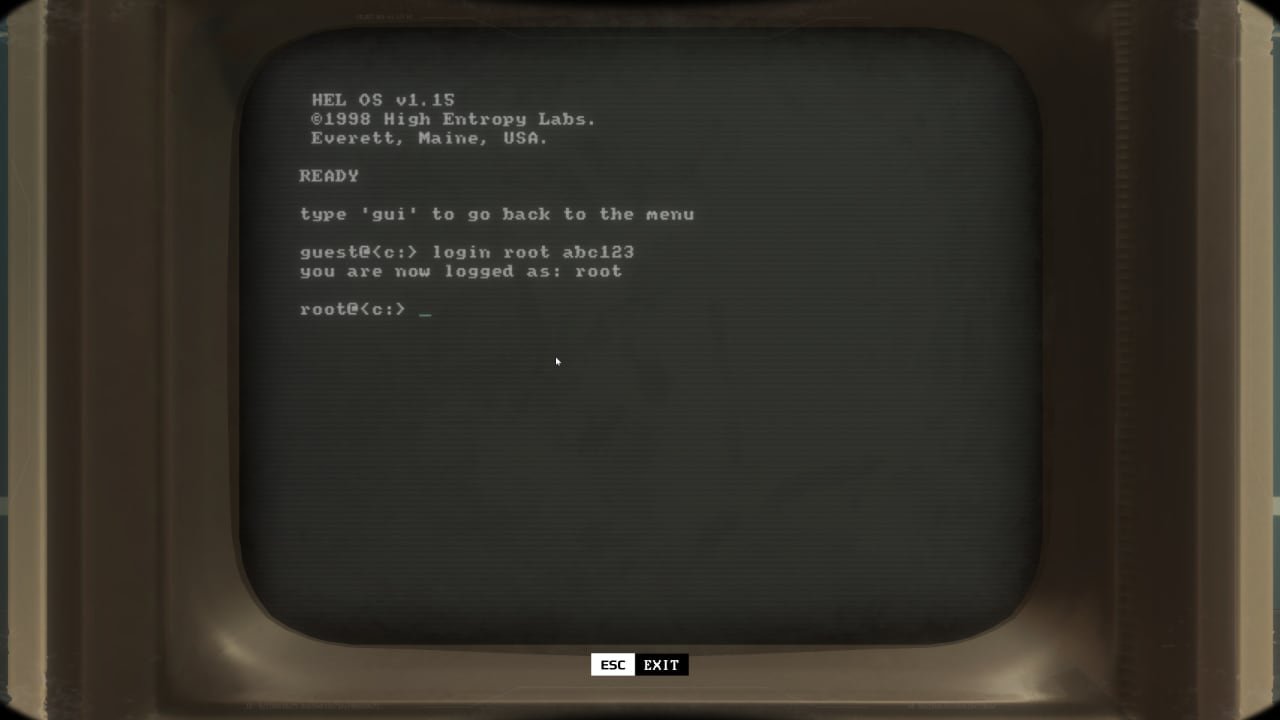 The game also doesn’t shy away from being inspired by immersive sims, like Deus Ex. The very first passcode to unlock a door is 0451—as is tradition. PC terminals are used to read emails and notes for the puzzles. There’s also the occasional spam email to ignore, naturally.

DOS-style command lines also form another part of the puzzle. The industrial office spaces here often have access controlled doors, security cameras, or laser trip beams securing these test chambers, and you use the PC to control them. You usually have some sort of note or tip nearby if you forget the syntax, but one-shotting a netmap followed by a telnet to disable a security system leaves you feeling like a bonafide pentester.

This game rewards exploration and discovery in the form of origami cranes. To 100% a level, you need to seek out all the hidden rooms and puzzle elements. Because there are several possible solutions to later levels, the origami cranes ensure you’ve seen what you need to see to prove you can solve all the routes—but still leaves you the ability to pick your own path forward.

The level design of High Entropy basically amounts to polished yet pragmatic minimalism. In the version I played, the aesthetic is really just polished greybox1, but it is used skillfully in a manner that makes the design feel intentional, not unpolished.

It owns the format, and it’s used in a way that evokes a rough industrial office building format, giving the nod to the gridded concrete walls you see in Portal. It works—I had too many good looking screenshots to pick from.

The last levels of High Entropy are more significant in scope and amp up the duration. You’re expected to use every mechanic you’ve learned in the earlier levels, and getting 100% doesn’t just mean finding every path, but also following the right routes at the right time. Some hit a level of difficulty where it feels better to quit out and revisit it again in a few hours. Of course, it does feel rewarding to eventually finish a level you’ve been stuck on, once you’ve figured out just what you’ve missed.

Around level thirteen, I realized the game is also being optimized for speedrunning2. Restarting a few times to sequence my route in just the right order, I realized that the walking bots are timed so you can flow through some rooms in just one-cycle of the bots. 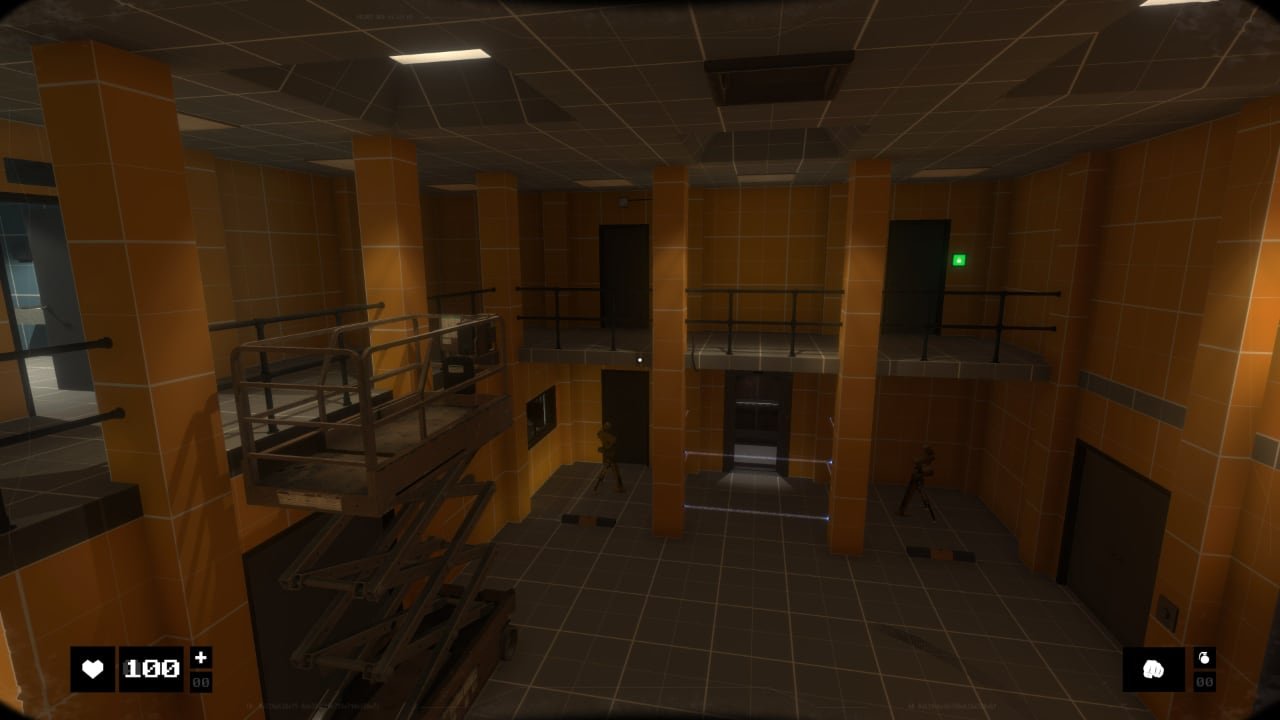 It’s excellent work for a one-person game. Sure, a few puzzles could make better use of player hinting. I got very stuck in a 100% attempt of level seven—an area I was trying to access was pitch black, and there was nothing to hint to me to look there. Scratches, wear patterns, or a telltale light would have helped me to discover the new route to take. After about twenty minutes of searching, I found that I needed to hop on top of a vending machine. The game is typically successful with this, though. It also offers interactive outlines for things you can interact with, but often the outlines don’t appear until you’re already close enough to the object you need to interact with, so they don’t actually help with discovering things you’re missing.

I played High Entropy version 0.3.1. My play time was just over three hours. It is available on itch.io for windows, but a full release will be available on Steam. The game is a test build, but don’t let that deter you from playing—a story mode is coming soon for the Steam release, which will probably add an overarching narrative for the existing puzzles.

Bird of Passage, by SpaceBackyard, is an atmospheric narrative puzzle, set in taxi cabs traveling the streets of Tokyo. You play as a low-poly ghost-bird-eye-thing (a technical term, of course), and you travel at night in taxis, recounting your stories to the drivers who take you around. It turns out that the ghost you embody died in the 1923 Great Kantō Earthquake, and is seeking answers as they continue along their path. The atmosphere an...

John Wick Hex is an action strategy game developed by Bithell Games. Billed as a prequel to the John Wick film series, it's a timeline-based action game that puts you deep inside the tactical mind of John Wick. Who is the Baba Yaga? So, John Wick is the "Baba Yaga," a title loosely inspired by a Slavic term for an old chaotic witch. But here, it more or less means that "even the Boogeyman would be scared of him." And boy, there sure are Boog...